It's the last day of January and Sunday's Six of the Best again. That means I get to share another 6 paragraphs from one of my books.  Yay! 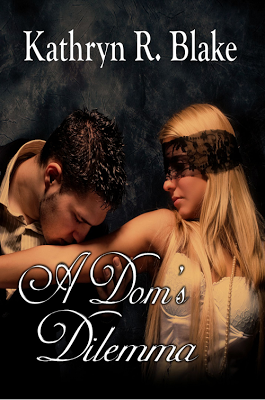 Normally, a Dom would punish a sub for that infraction, but Jim has told Kelly he'll give her a onetime pass. Before they do anything else, however, he suggests they get to know each other a little better.  He begins by asking her some pertinent questions, which eventually lead to the topic of trust.  When Kelly admits that she probably trusts him more not to hurt her than anyone else, he's pleased, but remains cautious.  He informs her, in no uncertain terms, that he can be a controlling SOB who expects a lot, but he gives back in return.  If she chooses to remain as his sub, he'll expect her to be open and honest with about everything in her life. Even those things she might not want to share, but for the moment he's content to simply know more about what she likes. Curious about her new Dom as well, Kelly asks him about his family. He hesitates for a moment, then admits his younger sister was brutally murdered. Kelly feels terrible and promptly gives him a hug. Hugging her back, he promptly lightens the mood by confessing his desire to catch her murderer is what prompted him to become a detective. Kelly isn't surprised as she tells him he's very good at asking questions.

"You think?" he asked with a laugh.

Kelly nodded.  "Uh huh."
"Well then, where do you work, darlin'?"
"J.C. Medical."  At his arched eyebrow, she added, "I'm the personal assistant to the Vice-President of Marketing."
"I see.  So, tell me.  What exactly does a "personal assistant' to a Vice-President at J.C. Medical do?"
"Nothing exciting, I assure you.  I schedule my boss's meetings, take phone messages for him, do his filing….  Pretty much anything a company executive requires."
"And does your boss require you to fulfill any duties more personal in nature?"
Surprised he'd even ask her that question, Kelly smacked him on the shoulder without thinking.  "Hey, what do you think I am?"

Thanks for visiting.  I hope you enjoyed this brief excerpt and want more. Please click the link below to continue your hop Sunday's Six of the Best. Wishing you a wonderful journey.
Posted by Kathryn R. Blake at 12:00 AM