Susan and Hal want to rekindle the passion in their marriage, but there are a few things they need to straighten out before they do.

Let me know you’re always here to lean on and don’t let me pull away – it’s lonely and scary when I do. 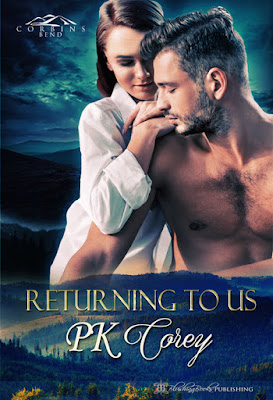 
Susan watched as he brought the list over and laid it by her plate. Giving it a quick glance, her eyes widened. Snatching it up, she turned to him in fury. “Damn it, Hal! I’m not buying all this shit and you’re not using it on me today. I can only be pushed so far!”
Hal calmly took her hand and headed for the bedroom. His completely calm manner shook her as she suddenly realized he was in this for real. He didn’t say a word. Only Susan was talking, and she felt like she was babbling. “Stop Hal, this is just too much. You’ll kill me if you use all that. And I can’t buy this stuff in Corbin’s Bend. Everyone will know what you’re going to do. I’ll die of embarrassment.”
Hal let her rave on as he bent her over the bed and pulled down her pajama pants. The small wooden paddle lay on the dresser and Hal took it in a firm grip.
With no warm-up of any kind, Hal lay down six scalding swats, three on each side. “Are you ready to listen now?” he asked conversationally.
“Damn it, Hal! That was too hard! Stop it and let me up.”
Another six firm swats followed the first. “Let me know when you’re ready to listen,” Hal told her quietly.
“Fuck all this, Hal. You let me up, now!”


Hal chuckled to himself. They were already making progress. The few times he’d tried to spank her in the past ten years or so, she hadn’t even reacted. He realized now that he’d been tentative back then and she’d just taken what little he’d given, then gotten up and walked away seemingly unaffected. He loved that she was taking this seriously enough now to fight him. The next round, he gave her five on each side and there was nothing tentative about them.


After thirty-five years, Susan thought her marriage was over the morning after their last child's wedding. Hal, her husband, said he needed to talk about something important. She knew it couldn’t be good. They rarely even spoke anymore. In the beginning they’d been so close, so passionate. Practicing domestic discipline had been a wonderful part of their lives—sometimes.


But over the years it had all drifted away, even when Susan asked for what she needed. He would occasionally give her a mild, sexy spanking, but the real discipline she craved was a thing of the past. Now, Hal suddenly wanted to talk about moving to Colorado to live in Corbin's Bend, a community where spanking was not only accepted, but encouraged. Could this bring back the closeness and passion they’d once had? Could Susan trust that this time Hal would truly step up?


After spending thirty-six years in two careers I liked just fine, I’ve finally found my dream career as a writer. I’ve been happily married for thirty-five-years and my sweet husband has gotten used to the unique experience of living with a writer. He is very encouraging and an excellent editor when he’s pressed into service.
I’ve been intrigued by spanking stories since before I first saw Ricky spank Lucy. Stories of this nature were hard to come by before the Internet and the ones I found were a little harsh on discipline and very much lacking in love. So, I made up my own stories and enjoyed these in my head for years. I finally began writing them down. Although the lovely women in my stories are spanked often, the love between them and their men takes top priority.
My Cassie’s Space series shows a mature couple who are deeply in love. Despite loving Cassie’s free-spirited ways, Tom is determined to keep her safe, even if it takes a trip over his knee. And with her friend Sue by her side and all they get into, a trip over his knee is very likely. My new series, Cal’s Law, is about a younger couple. Though they come from very different backgrounds, love and discipline draw them together.
I love my husband, my kids, my cats, reading, writing and hearing from my readers. You can contact me at pk.corey@yahoo.com