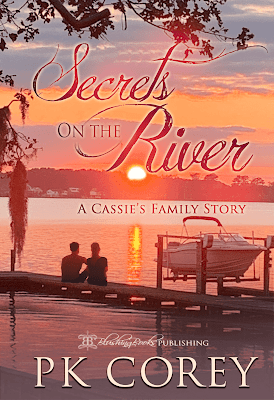 Annie followed him to the bedroom. “I don’t know what has gotten into Lily!” she exclaimed. “I made a few suggestions and she’s off the deep end.”

Andy stepped from the closet where he had been rummaging around. When Annie saw him emerge holding the leather paddle she had brought home years ago, mostly as a joke, she stepped back shaken, exclaiming, “Have you gone crazy too?”

“Someone’s off the deep end and it’s neither me nor Lily. We’re going to have a talk right now.”

Annie found herself across Andy’s lap before she could realize he was serious. “I want my wife back, Annie. You’ve been under enormous stress. I realize that, but something needs to snap you back to the calm, lovely woman we all know and love. My friends say this works and I’m going to find out.”

Andy had spanked Annie several times over the years. Nothing like Tom often dealt with Cassie, but this wasn’t a completely new experience for either of them. Except it was. Andy was deadly serious. He’d heard from Tom and Steve and even Ryan and Cal how much a ‘stress-relieving’ spanking could work. And Annie needed stress relief!

He spanked right through her shocked protests. He continued to spank as her brief anger flared and still kept on until he felt her body relax and her shouts of ‘no!’ and ‘stop!’ turned to sobs.

Andy laid down the paddle and helped Annie up to sit on his lap. He held her tightly as she continued to cry.

“Let it out, honey. Just let it out. Everything’s okay and you’re going to be fine.”

Annie cried on his shoulder. That really hurt! Why did he do that? she asked herself in bewilderment. But the longer she sat, held firmly in Andy’s arms, the better she felt. It was like a bubble swelling inside her. When it burst she began feeling a calm she hadn’t felt in months.

Andy patiently continued to hold here, gently rubbing her back. “You feeling better?” he asked.

Annie nodded into his neck, a little embarrassed and not quite ready to look him in the eye. “I want you to remember there is nothing the two of us can’t handle. Especially with the help of Lily and the rest of the family. You don’t have to take it all on your shoulders. You mind Lily on what to eat and drink. Get yourself into bed at a decent hour, too. And relax! You can do his Annie. I’ve never been one to tell you what to do, but that’s what you can expect for a while. Do you understand me?” 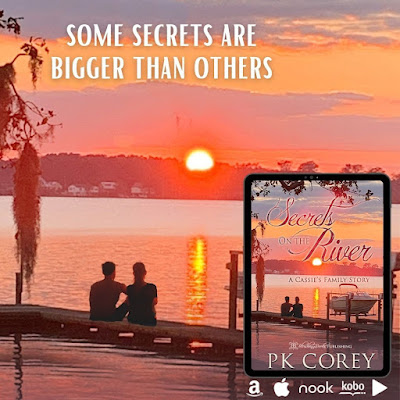 Everyone has secrets, but most don’t have major implications. When Jenny tries to keep her weekend activities from Cal, the repercussions of him finding out land only on her. But some secrets are bigger and more far reaching. You would think that as long as Cassie, Sue and Annie have known each other, surely they could have no real secrets from one another. But you’d be surprised. The full truth behind one secret may never be known, another could change the face of The Landing forever.

From steamy sex to both playful and painful spankings, the people on the river continue to live and love and marvel at all that are learning.