Welcome to Frisky Friday.  My stories are all M/f with the dominant male determined to protect the woman he cares for and loves, or grows to love, by doing whatever it takes to ensure her safety and continued health.  This includes administering a spanking when she needs one. 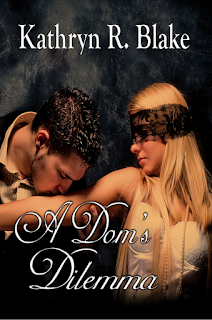 This excerpt occurs after Master James and Kelly have spent an intense weekend together, and he has seen her home.  Kelly doesn't want to leave him, but knows she has no claim on the Dom who's taken her under his wing.  As Jim tallies up the pluses and minuses in their relationship, he realizes he's the one primarily at fault for the problem they're having. Taking himself to task for being a lousy Dom, he tries to bring his life back to order only to realize she's touched his heart in a way he never expected. Even so, he's not sure their relationship is going to work when she calls him at home.

"Kelly, I think we need to talk, darlin'."  Silence.  "Looks like I'm continuin' to send you mixed messages, and I don't think that's fair to you."
"What do you mean?" she asked quietly.
"I mean, I'm not doin' a proper job as your Dom.  You've been gettin' away with far too much for it bein' so early in our relationship."
"So, what now?  Do you want me to start kneeling before you again?"
He could hear the pain in her voice through the anger, and it ate at him in more ways than one.  "No, sugar, I don't.  Truthfully, I'm not sure what I want, Kelly, which is part of the problem.  I like you, a lot.  Maybe too much to be your Dom."
"I don't understand.  I thought you said it was an all or nothing proposition?"
"It is," he said softly.

Jim realizes after their time together, Kelly is likely to go through sub drop. He doesn't want to do anything that might exacerbate the situation, and yet the Dom in him wonders if he's the right choice for her.


Thanks for visiting.  I hope you enjoyed this brief excerpt and wish you and yours a very Frisky Friday.
Posted by Kathryn R. Blake at 12:00 AM