The men in Corbin's Bend tend to be very strict with their ladies, and Jason Donovan clearly has his hands full with Melissa Toselli. Even so, he has no wish for her to be anywhere else but in his arms. 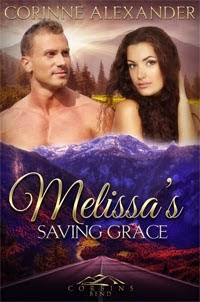 He glanced at her towel-covered hair. “Bring me your hairbrush.” A little shiver went noticeably through her body at this, and he knew what she thought he was going to do with that hairbrush, but she got up to do it.
He knew he couldn’t put the spanking off all night. She needed it, but not yet. While she was getting the brush, he carried a kitchen chair into the center of the living room. She hovered in the doorway between the rooms like her feet were stuck to the floor. He crooked his finger to draw her through the door. He watched her eyes and noticed the moment of decision flit across them. It took another full four seconds before she was able to force her feet to move. She fidgeted beside him, a look of surprise cascading over her features as he guided her to sit on the floor in front of him instead of over his lap as she obviously expected.
Gently unwrapping her hair, curls tumbled down her back. Gathering the damp locks reverently in his hands, he pulled them behind her shoulders. He brushed her dark brown hair slowly starting from the bottom working the tangles out one by one. He worked in small sections luxuriating in the feel of her under his hands. Taking his time, he felt Melissa relax, little by little, under his touch. Her eyes closed under his ministrations. After every single tangle had been worked loose and her hair was gleaming, Jason moved his hands down to her shoulders kneading the tight muscles, working out each knot until the tension had disappeared. A small sigh and then what sounded almost like a purr escaped from her lips. Not wanting the moment to end, he continued light stroking across her warm skin for several more minutes.
Finally he took a deep breath knowing that there was no more putting it off. Giving her one final squeeze, he helped her to a standing position. “It’s time for your spanking,” he said.
She nodded, every last vestige of fight completely gone. Taking a seat in the straight backed chair, he pulled her to stand between his legs. “Okay, Melissa, tell me why you’re getting this spanking.”
She didn’t hesitate in answering. “Because I put myself in danger.”
He nodded in agreement. “Let’s get started.” Guiding her over his lap, Jason pressed his hand to the small of Melissa’s back and locked his leg over both of hers, preemptively, to keep her from kicking.
He rubbed the small of her back before moving it to her bottom. “I agree, Melissa, you put yourself in danger tonight.” Raining down spanks across her upturned bottom, scorching her all over, he directed her, “I want you to list the ways you put yourself in danger.” Continuing the onslaught of smacks in a random pattern on her bottom, Jason warmed her up for what was to come.
“I drank too much,” she answered, grunting.
Thinking about just how much she had to drink, he pressed his lips into a grim line. “With the amount you drank tonight, you’re lucky you aren’t in the hospital right now with alcohol poisoning.” He really laid into her then, causing her to buck against his legs.
“What else?” He kept a hard but steady rhythm raining down on her bottom up one side
and down the other.
“I went without telling anyone where I was going or bringing anyone with me,” she
gritted out between clenched teeth.
He paused rubbing her bottom for a second. “Do you know how much trouble you could be in right now if I hadn’t seen your car?” His stomach clenched hard as images of that sleazy man taking advantage of her paired with her vulnerable form, passed out cold and slumped against the wall. Emotion bubbled up causing his voice to hitch when he began to speak again. “Anything could have happened to you. What if you had been raped or…” He swallowed convulsively before going on. “Or worse.” He finally got out.
“I guess I didn’t think about that.” Her voice came out barely in a whisper.
“I hope that after this, you’ll think about every single decision you ever make, all the way through, before doing something stupid like you did tonight, ever again.” Squaring his shoulders,
he laid into her with everything he had.
She bucked and twisted, but he held her firm. “I. Can. Not. Bear. To. Lose. You. Do you understand that?” He punctuated each word with a hard smack.
She sniffled loudly. “Yes, sir,” she wailed, breaking down in sobs.

For a chance to win a free $10 gift certificate from Corinne, please visit:
http://corinnealexander.blogspot.com/2015/07/melissas-saving-grace-on-sale-giveaway.htm

Melissa Toselli is a wild child with a troubled past. Having been on her own since she was fifteen she is desperate to find the one who will take her into his arms, heart, and control. She has a tendency to pick all the wrong men for all the wrong reasons.

Unbeknownst to Melissa she has caught Corbin’s Bend newbie, Jason Donovan’s, attention. The wild spitfire stirred something inside of him that he could not let go. He could see right through Melissa’s devil may care attitude to the vulnerable child within who just needed someone to care for and watch out for her. She was crying out for some guidance; both the kind that would tuck her in at night and the kind that would take her over a knee for some much needed discipline and structure.

Can Jason give Melissa what she needs and tame the wild child that she is? Can he show her the way a true gentleman treats the woman he has feelings for? Will Melissa turn out to be too much for Jason to handle? Will she fall back into her old ways? Or will Jason and Melissa find exactly what their looking for in each other? 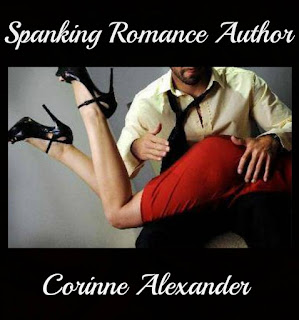