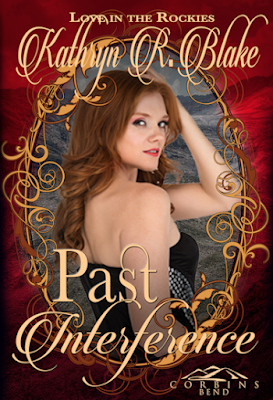 In this scene, which occurs near the beginning of Chapter Two, Eleanor Benson (Elly) is six days away from getting married again, and her doubts are eating her alive.  After suffering through a bout of stress-related migraines, she's finally gotten up enough courage to tell her husband-to-be that she's not sure she wants to get married again.  Jerry knows Elly is nervous, but believed he'd managed to convince her he is nothing at all like her first husband, Arthur, who abused her.  Unfortunately, he's beginning to realize Elly's fear of her past may ruin their future together, so he suggests they sit down and discuss why she's having second thoughts, and why he wants to marry her. Elly insists she's not afraid of Jerry, but when he realizes she hadn't been afraid of her first husband when they got married, either, he seeks to understand what happened between them.

"Did he ever kiss you before marriage?” Jerry asked.
Every night he treated her to an effusive peck on the cheek, though she doubted that’s what Jerry meant. “Arthur always acted quite gentlemanly toward me, making sure I was comfortable at all times and had everything I needed. Then, at the end of our evening, he never failed to kiss me goodnight.”
“What about touching? Did he stroke your breasts or rub you between your legs?”
Elly frowned. Discussing intimate details, especially those concerning her first husband, made her vastly uncomfortable. “Not until after we were married. He considered such petting rude and said he respected me too much to take advantage of me that way.”
“Wow. He was a smooth operator. Did he discuss domestic discipline with you at all before you wed?”
“Not in those words. He did say he believed men should be head of their households and wives should defer to their husbands in all things.”
“How did you feel about that?”
Elly had developed a serious problem with submission. She didn’t like being ordered about or controlled by anyone else’s restrictions, which Jerry quickly discovered. As a result, he always got her agreement before he added a new rule. If she disagreed with his proposal, like having to give an accounting of all her expenditures, they compromised by setting a dollar amount. Both of them had to get the other’s approval before purchasing an item that cost more than one hundred dollars. He agreed Christmas and birthday presents could be an exception, but held himself to the same standards he set for her. Arthur, however, wouldn’t even discuss the notion of equality in their marriage. He was the boss, end of story.

Elly wants Jerry to insist her fears are foolish, but he's not about to do that.  He loves her, and he takes her concerns seriously.  So, he's determined they discuss her worries and address them before things get out of hand. However, her first marriage was so disastrous, she's terrified to try again.

Past Interference is available at the following locations.

Thanks for visiting.  Now go visit the other authors participating in Book Hooks
Posted by Kathryn R. Blake at 12:30 AM