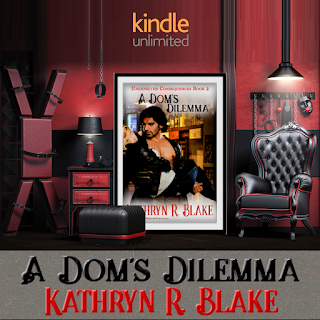 ..."We'll sit down and discuss rules and protocol later.  But, for right now, I think I'd like to know your name."
Her name?  Didn't he already know it?  "My name, Sir?"
He arched an eyebrow at her, and she realized she'd broken another of his rules by making him repeat himself, but rather than scold or punish her for her slip, he said, "Yes, Kelly.  Your full name."
"Kellian Sarah Franklin, Sir."
"Kellian, eh?  An unusual name.  Don't think I've ever heard that one before."
"What is your full name, Sir?"
"Mine is James Andrew Evans."
"That is a very strong sounding name, Sir."
"It is, is it?  Well, Kellian…."  She winced, and he stopped to regard her for a moment.  "You don't like people callin' you by your real first name, do you, Kelly?"
"No, Sir."
"And why's that?"
"The nuns at the orphanage would always call me by it before they punished me."
"Okay, you revealed two interestin' facts in that sentence.  One, you're an orphan.  Did you know your parents at all?"
"Briefly, Sir.  They died when I was six, during a break-in gone bad."
"Were you at home?"
"Yes, Sir.  My mother hid me in a closet.  I don't remember much about it, but a policeman found me the next day.  I think I may have passed out, Sir."
"You're what, twenty-eight now?"
"Yes, Sir."
"So, the crime occurred twenty-two years ago.  Were you livin' here then?"
"No, Sir.  From what I was told, we lived in Connecticut, but in another part of the state.  I'm not sure where, exactly."
"All right.  You said the nuns punished you?"
"Yes, Sir."
"How?"
"Mostly with rulers, Sir."
He smiled, and she found she really liked his smile.  It made him appear younger, more approachable.  "No, I mean did you get hit on the back of the hand?  Were you paddled?  How did they punish you?"
"It varied, Sir.  Depending on the transgression."
"Did they ever paddle you with rulers?"
"Yes, Sir.  Probably more often than I would have liked."
"So, were you a bad little girl, in constant need of correction, Kelly?"
"I tried not to be, Sir.  But I routinely got into trouble for something."

Kelly has a past she's not willing to share with anyone, but withholding valuable information from a Dom is never a wise course of action for a sub to take. Jim hopes to impress this lesson, among others, on Kelly, even as he realizes it's too soon for him to insist she confide all her secrets. Instead, he tries to get to know her a little better.