My submission for this week is a sneak peek from my fourth spanking book, A Simple Misunderstanding, a Corbin's Bend novel due to be published on July 16 by Blushing Books.

In this scene, which occurs in the last third of the book, Eleanor Benson (Elly) has moved in with Gerald Douglas (Jerry) after she is released from the hospital, still recovering from injuries she received from her husband.  Jerry insists she stay close to the house and not take her dog walking in the park on the first day she's home.  However, when an older neighbor calls to her from the dog park, Elly disobeys Jerry's instructions and takes their two dogs with her, unaware her abusive husband is lying in wait for her.  When her actions nearly get her killed, Jerry determines Elly needs to learn obedience to him is not optional. After making sure she's healthy enough to withstand punishment, he orders her to stand in the corner.

Though Elly did as Jerry instructed, she couldn’t stop trembling. He was going to punish her, just like Arthur did. Well, maybe not quite as harshly, but she’d disobeyed the man who served as her caretaker and guardian, so now she’d need to accept the consequences. She’d known this moment would come eventually, so she did her best to prepare for the unpleasantness to follow.

Elly wasn’t a stranger to pain, and Jerry wasn’t a cruel man. She would survive this. Closing her eyes, she took several deep breaths to calm her racing pulse. The trick almost worked, until she heard him return.
Aware she shouldn’t turn from the corner until he’d given his permission, Elly tried to identify the rhythmic slapping, which sounded to her like a progression of light thwacks into firmer ones. When she finally recognized the sound, her entire body tensed with dread. He intended to paddle her.

After being abused by her husband, Elly is nervous about entering into another DD relationship, but she's disobeyed Jerry.  So she willingly, if not a little regretfully, accepts whatever punishment he decides is appropriate. 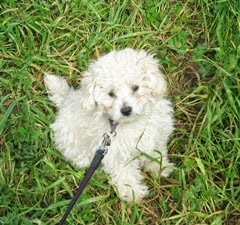 A Simple Misunderstanding is scheduled to be published on July 16.