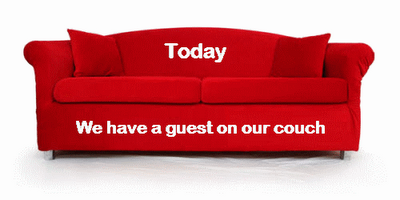 Thianna D. is here to talk about her newest Corbin's Bend release.  This one includes a dominant, who's a retired Marine, a recently graduated Chemistry major, and a lot of spanking. 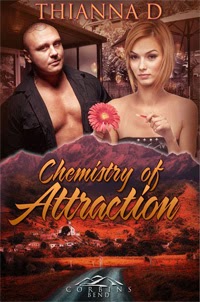 Take one hot summer. Add in an intellectual chemist and a dominant retired Marine. Once the chemistry ignites, combustion is soon to follow.

Chemistry of Attraction
By Thianna D

Thanks so much, Kathryn, for having me over on A Writer’s Naughty Thoughts. It’s always great to be here. I’ve been thinking a lot lately about the fact Autumn is here. It might be the walnuts that are falling freely from our tree, or the cool, crisp mornings. Or, it might be the fact Fall always puts me in a romantic mood.

Does it to anyone else? It always puts me in mind of warm fires to snuggle in front of, a hay ride where you have to snuggle to keep warm…obviously it’s the snuggling season.

Now, to just find my man to snuggle with. Who would be the perfect man? I would say many of the heroes I write fall into that category, especially Brent from Finding Their Bliss. An alpha male who cares deeply for those he is in charge of. Oh, yes, and blond. Yum. Bane, in my paranormal BDSM book Bane of My Existence, is also my type. Dominant, enjoys an M/s relationship, kinky as hell… and a Fae – okay, so I like to dream big. Of course Brandon, the hero in my newest Corbin’s Bend book Chemistry of Attraction, also has those qualities. Well, most of them. He has no hair to speak off. *Grins* But he has all the mental and personality traits of the kind of alpha male I most feel comfortable with. Wonderful sense of humor, highly intelligent, dominant, top, spanko…Double Yum.

What is it with me and men’s names that start with the letter B? My three favorite alpha characters I’ve written and their names all start with B. Okay, so I had to go look it up. Interesting in that according to Numerology, people whose names start with B have the following characteristics:
·         B is the alphabetical equivalent of the number 2 which represents the emotions and duality. 2 is also the number of ‘love’ and this aspect one of the most important emotions for the B person. Partnerships are also very important to the B person.

·         People with the initial B are co-operative, courteous and are very considerate individuals. They have a tendency to be able to sense the feelings of others, with the knack to be able to demonstrate certain mediation skills when handling complicated situations. B’s know how to organize and handle people with care and ease. Peace and harmony are of the utmost importance to them.

·         A person with a B initial is friendly, caring and sharing and is generally a homebody. B names like to make a ‘nest’ for their family.

Huh – I can definitely see quite a few of those personality quirks in my B-alphas. Of course, now I’m going to have to search through my other heroes and see how they match up :)

Retired Marine Brandon Delt, moves to Corbin’s Bend after his recently divorced wife marries his cousin. Tired of living a non-discipline lifestyle, he fully welcomes the openness of the Corbin’s Bend spanking community. One day he hopes to meet the woman he could make his TiH. He doesn’t expect to meet her on day one.

Carodine Minor’s just in Corbin’s Bend for the summer. Just graduated with her master’s degree in chemistry, Dina isn’t sure of her next step in life. Not once has she ever considered being spanked. Logical woman that she is, when she finds herself intrigued by the idea of a hand across her derriere, she asks for a demonstration from Brandon. One demo turns into a wild night of passion neither wants to let go of.

Take one hot summer. Add in an intellectual chemist and a dominant retired Marine. Once the chemistry ignites, combustion is soon to follow.

Excerpt:
“Dina?” No response. Figuring that she was in the bathroom as the sliding door to it was closed, he threw back the sheet and blanket and stood up, stretching and wincing as the familiar ache from his legs hit him. Damnit. It would be one of those days. “Dina, want some coffee?” he called out, reaching down to pick up his clothes from where he’d thrown them the evening before. Just the thought of last night sent a zing of pleasure through him and his cock woke up with a jolt. Eyeing the door again, a slow smile crossed his face. Well, if she was in the shower, he could join her. Get her to let out that little wild animal in an enclosed space and see what happened.

As he dropped his clothes in the hamper, his eyes automatically scanned his room and he froze. Once again, he looked around. Not one piece of her clothing was on the floor. “Dina?” he called louder but again there was no response. Pushing the sliding door open to the bathroom, all he saw was an empty room. He quickly walked out into the combined kitchen and living room, but again – empty.

“Fuck,” he growled low in his throat. Dina’s problem was that she thought too much, and when it came to relationships, the girl instantly jumped to the wrong conclusion. “I hope she’s better at jumping to conclusions in science,” he grumbled as he turned to get dressed. If he had to, he would hound her until she talked to him. Even if she chose to walk away then, he would know he had done everything he could. But shit. Even the thought of not spending another passionate night with her was painful. Worse than the damned arthritis.

As he strode through the great room, something caught his eye and he halted turning toward his front door. A small note was taped to it and he walked over and ripped it off. Opening it up, he read the few words and shook his head. The girl had absolutely no clue how appealing she was. It was both attractive and annoying. How could she not know? 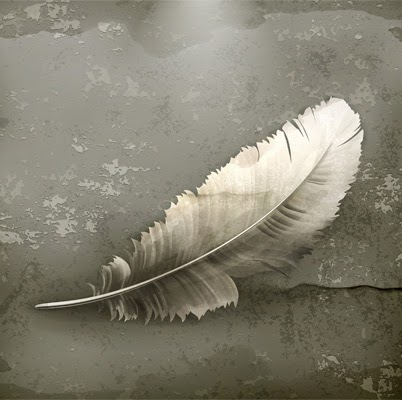 She’s also the creator of and acquisition editor for the Corbin’s Bend spanking romance series. Who else wants to be safe, secure, and spanked in Colorado?