This is LOVE SPANKS Weekend!  So, if that's why you're here,
scroll down for my Love Spanks entry (look for the banner), or click here.
If you're here for Sneak Peek Sunday, read on.... 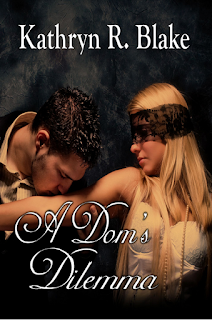 "Well, Kellian...."  When Kelly winced, Jim stopped to regard her for a moment.  "You don't like people callin' you by your real first name, do you, Kelly?"
"No, Sir."
"And why's that?"
"The nuns at the orphanage would always call me by it before they punished me."
"Okay, you revealed two interestin' facts in that sentence.  One, you're an orphan.  Did you know your parents at all?"
"Briefly, Sir.  They died when I was six, during a break-in gone bad."

Kelly knows she makes a lousy sub.  She has a temper and a mouth that constantly get her into trouble, but she sees something in Jim that makes her want more of the type of mastering only he could give her.