Not everyone gets a second chance. Can Julie and Robert get past their past and have a future? 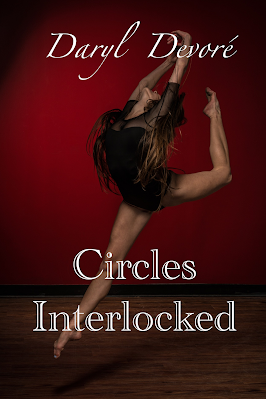 "Have you ever stopped to think why I did what I did?"

"You mean why you slept—"

"Nothing happened. I wouldn't do that to you. It was a set up. Melissa played her part, went home, and then I got shit-faced drunk."

Turning away from him, she snarled, "Very convincing set up. I catch two naked people rolling around in the sheets. Clothes flung everywhere."

"Melissa and I got some beer and pizza."

"Chinese." She snapped around to face him. "The table was covered in take-out Chinese and three beer bottles. One upright and two lying down. Which is what you do to an empty beer."

"Ok, it was Chinese take-out. We ate supper. Threw some extra clothes around."

Her gaze locked on his. "Your shirt was on the floor. Her blouse was on the couch."

Not bothering to even attempt to hide the sarcasm in her voice, Julie said, "You said, Sorry babe. This is gonna have to be quick. She'll be here soon. And I said, She's already here."

"And then I stormed out of the room."

"And I followed." Robert closed his eyes and rubbed his face. When he opened them, Julie was still glaring at him. "Think about it. How could I've gotten in front of you in less than a second with my jeans on? If I'd been screwing Melissa, would my jeans've been on?"

"Answer me this," she snapped. "What the hell were you thinking when you were standing there staring at me? What was it that went through your mind? I've never been able to figure out your expression."

"I swore I wouldn't crack. I'd stay tough. But the look on your face nearly shattered my heart. I was standing next to you before I realized I'd gotten out of the bed. Part of me was happy. I'd pissed you off. You'd go dance. And a part of me was... was, I don't know what it was. I saw you were heart-broken and angry, and whatever else was running through you, and that hurt. Hurt's not the right word. It almost killed me to see you like that."

Julie lunged forward. Robert jumped back. With each word, she moved closer. "You pushed me away. You made me leave so I'd go dance. You tricked me into hating you." She froze. 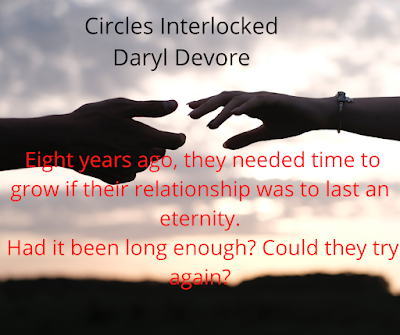 How do people get into the situations they find themselves in?

Having been betrayed by the man she assumed she was destined to be with forever; Julie Anderson is heartbroken that her love affair didn't end with the fairy tale Happily Ever After. She leaves town to pursue her dream of being a dancer only to find herself trapped in a job she no longer loves, confined in a relationship with a loveless man, and living day by day regretting what she has become.

As fate has a curious sense of humour, eight years later, they wake up in bed together. Now it is up to love to fix what time cannot mend.

Two writers in one. Daryl Devoré writes hot romances with sexy heroes and strong heroines and sweet romances with little to no heat. She has several published books available on Amazon in ebook, print and audio. Also, available at other book retailers via Books2Read.

Every Other Month Newsletter (always looking for subscribers)