Determined young woman fights to secure the man she loves by arranging a seductive encounter. 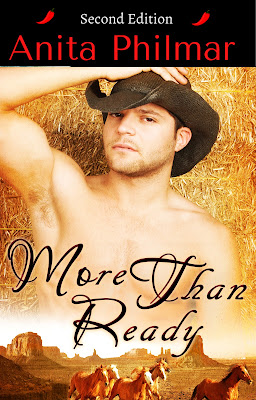 Excerpt:
Cocking her head, Mary Beth met his gaze, dead on. “I have two older sisters who’re married. They’ve told me everything I need to do to make you scream for mercy.”
Grinning at her spunk, Kirk remembered the pure joy of talking, teasing, and just being with her. “And after you have your wicked way with me, you hope that’ll seal the bond between us and make me agree to marry you.”
“No. This is a test. I refuse to be tied to you for the rest of my life as a stand in for someone else.” Unbuckling his belt, she worked two buttons loose over his crotch before he had the wherewithal to stop her. “If you can’t give me the pleasure I require, then there’s no reason to waste our time getting married.”
Stunned by her determination, he zeroed in on her face. Noting her excitement at the possibility of them becoming a couple, he blinked several times, amazed at her assumption that he couldn’t offer her, or any woman, what she needed to make her happy.
Irritated with himself and her for doubting him, he grounded out, “Are you questioning my ability to be a magnificent lover?”
Slapping his hands aside, she used the opening in his pants to free his cock. “I can’t say. You appear to have the right equipment, but do you know how to use it?” 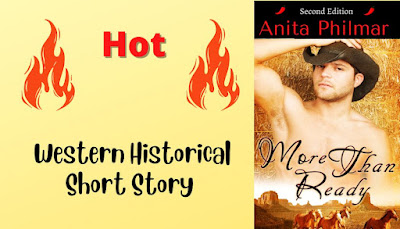 Depressed by his inability to honor his deceased brother by farming his land and wedding his wife, Kirk Pepperman is struggling with his bleak future.

Perpetually cast as the girl next door, Mary Beth Owens knows her parents are arranging a marriage between Kirk and herself. Loving him wasn’t a problem, but if he couldn’t please her, then why bother?

Can this couple forget the past and have a future together?