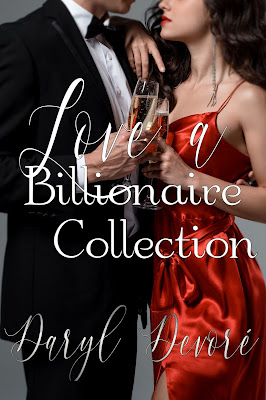 From Two Truths and a Lie

All I had to do was steal a rare, red diamond. How hard could that be?

I followed the others into the Whittle Bus, took a seat and turned to look out the window. I didn't want a seat buddy. I didn't want a BFF—someone to giggle and bond with. I had a job to do. I had to keep my focus.

Especially if I wanted to live.

I stared blankly out the window, not seeing the city shift to country. Music blared from the bus's sound system. The driver turned the radio on an All 80s channel. Trying to block the music, I reviewed my evening. First, act like a meek female, not too competent or intelligent who doesn't speak English fluently. Second, pretend to be an acceptable server and deliver drinks to thirsty, rich people. Third, steal the red diamond.

I didn't want the gem. Hmph, who was I kidding? I'd love to own it. But, a job's a job. I'd been commissioned to steal and deliver it to a secure box. And that's exactly what I intended to do. I'd planned this job for several weeks, if not months. Finally, the right opportunity presented itself and here I was sitting on a bus listening to You Spin Me Round, dressed like a French maid. So unbelievably annoying. The skirt barely covered the bend in my butt. Every time I tugged at the skirt, my boobs started to pop out of the top. Not that there was a lot of boob to pop out. I seemed to be missing the greatly endowed gene. I stifled the fantasy of putting my fingers around the neck of the old pervert that demanded we wear these ridiculous outfits. And gloves. We all had to wear white gloves. Who does that?

I'm guessing the host of the party didn't want us mere peasants touching anything, leaving our filthy germs which he might pick up and then die of some horrible flesh-eating disease. Hey, a person can dream.

But on the bright side, the gloves played right into my hand―so to speak. I didn't have to figure out how to conceal a pair of latex gloves. I'd wear these white monstrosities, steal the red diamond and not leave a fingerprint in the whole house.

The bus slowed, passed through the open gates then drove around to the back of a large manor house. I'll admit the house wasn't as big as the one in Downton Abbey, but it was still impressive. A reddish-brown brick house with several floors, lots of windows and partially covered in ivy which screamed rich person lives here. The land around it extended for acres in every direction. I'd already done my research on the place. I knew every inch of the outside and inside. I had escape routes planned. Although, I had no intention of needing them. I was confident I was leaving the same way as I'd arrived—on this bus.

I knew where I could hide in the house if needed. And I had a back-up plan to my back-up plan. Several people had been paid hefty fees to watch my back. This gem was as good as stolen.

With my head lowered, I followed the others out of the bus. The music clearly inspired the eleven of them to a high level of chattiness. No one spoke to me or, I guess, even noticed me and that was exactly what I wanted.

Think about all the press reports of crimes. The reporter asks the neighbours to talk about the alleged shooter and they always reply, "He was so quiet. Kept to himself." The fellow officer workers say of the embezzler, "She was as quiet as a mouse. Did her work and went home." That's me. The quiet, invisible one. The one going home with a large, valuable gemstone while the rest go home with a meagre paycheck. 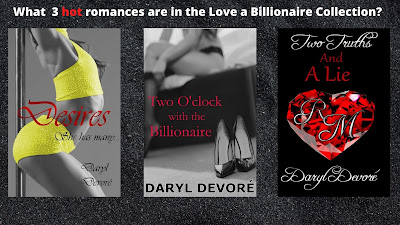 After a mistake by a surgeon’s scalpel shattered Fuchsia Quinn's dance career, she picked up the pieces of her life and moved forward.

Peyton Lang, having run from an impoverished neighbourhood, lives the lifestyle of a successful billionaire.

Frustrated that his current multi-million-dollar project is stalled, Peyton drops in to LEATHER-ICIOUS for a quick drink and late night entertainment. What he saw was a beautiful redhead. What he found was he wanted her.

Where Derek Davenport is concerned, women only had one thing in mind: trap him into a marriage.

Unemployed and nearing financial desperation, Arianne is forced to step out of her comfort zone. With minimal hours and excellent pay, she accepts the position of courtesan to a handsome billionaire.

Their sexual antics cause emotions neither is willing to admit. Will Arianne and Derek drive each other crazy…or will they fall in love first?

Two Truths and Lie - The legend of Robin Hood and Maid Marian with a twenty-first-century twist.

As if multiple planes crashes, a car accident, and a concussion isn’t enough, carefree Byn and straight-laced billionaire, Mark clash over Byn's need for independence and Mark's struggle with guilt pushing him in the opposite direction of love. When an art forger, an art thief and a ninety-year-old woman get involved the chance for true love for Byn and Mark fades.

All is lost until a children's game is their only hope.
Buy Links: