Desperate woman seeks helps from a stranger…but can she escape loosing her heart to this sexy stranger. 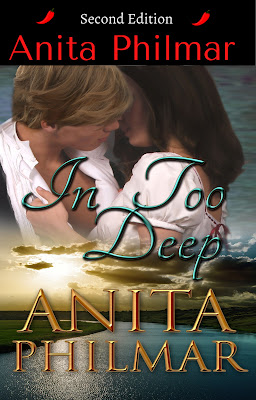 Oh, God, what the hell was I thinking?

Aware of the searing blush on her face, she bowed her head to hide her embarrassment from the man still holding her in his arms. Flustered by her reaction to him, she drew her hands back to her chest and held tight to the thin fabric of her top.

Releasing her, he squatted to examine her foot. His hands circled her calf and glided over her ankle. “Sorry, but you’re not walking on this foot anytime soon.”

His emerald gaze met hers and she sank into their welcoming depths. The sudden urge to get away from him melted under his smile. Damn, I’ve always been a fool for an Irish devil.

Easing his palm along her leg to her knee, he squeezed it before rising. “Why don’t I help you get dressed? Then we’ll head back to where Marcus and I camped. Once I retrieve my things, I’ll take you home.”

Captured by the caress, she didn’t hear his words. Instead, she fought the sudden attraction expanding through her core and dug through her memory, searching for a way to avoid the danger of another heartbreak.

Luckily, the saints were with her because he stepped away. Leaving her torn between the old carefree spirit she’d been in her youth and the more season soul she’d become by trusting the wrong man with her heart. With great restraint, she held her tongue and watched each step he took around the wagon.

Pausing after a moment, he reached over the side and retrieved her discarded dress.

Hit by the reality, she lambasted herself for believing any man would want her. Didn’t Kirk, Richard’s brother, constantly tell her she was plain, and that no one would want her other than him?

Fighting the depressing thought, she swung her head to the path along the river and stared. What would it hurt to take Callum home with her? If she could persuade him to help her instead of having to ask her in-laws, then she might break free of their constant presence in her life.

Or was she playing with fire?

“If you’ll just lift your arms,” the handsome stranger stopped in front of her. “Then I’ll slide your dress over your head, and you can button it right up.”

Studying him, she debated her choices. Could she resist him? If so, then... Mind racing with potential solutions, a workable proposition blurted between her lips. “Why don’t you come home with me? I’ll need help with my farm until I can walk again. And could use the extra help.”

Lifting her dress again, he nodded as if he’d already devised the plan before she even thought of it. “It’ll give me a place to stay until Marcus and your friend return.”

Still uncertain if he understood what she was offering, she clarified, “You’ll need to handle most of the chores. Because I’m not sure how soon I’ll be back on my feet. So, how much will this cost me?” 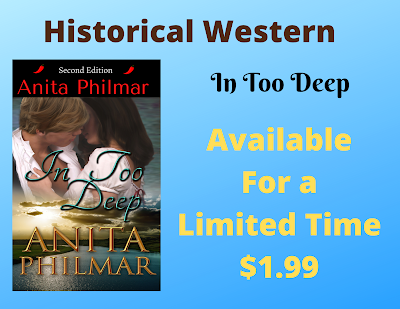 Furious with her in-laws’ demands to marry her deceased husband’s brother, Sadie Pepperman heads for the Trinity River with a friend to escape the pressure of their unsolicited advice.

Seeking an adventure, Callum Murphy and his friend, Marcus Goodman, are heading to the Gulf of Mexico to join the confederate army. Their quiet camp is interrupted by a lady’s scream. Spotting a woman in the swiftly moving water, Marcus jumps to the rescue, followed almost immediately by the rumble of wagon wheels along the dirt path, accompanied by a beautiful lady calling for help.

Attempting to save her friend, Sadie meets Callum and joins forces. Only to discover their friends are being hauled onto a steamship. Eager to get away from temptation, she turns to leave and twists her ankle. The agonizing pain leaves her with the inability to walk. To avoid asking her in-laws for help, she offers Callum a place to stay if he’ll help with her farm’s chores.

Enamored with the lady, he discovers she has a few issues; crops to bring in from the fields, a sex starved brother-in-law, and a body which inflames his desire. One problem, however, worries him. Can he convince her to forget the other rascals in her life and give him a chance?
Buy Links: 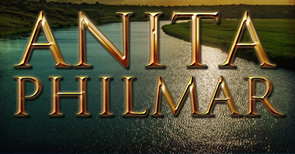