Saved by a sexy stranger, Carolyn Devans tells a lie claiming Marcus Goodman is her husband…Now can she hope for a happy-ever-after or just enjoy a brief affair? 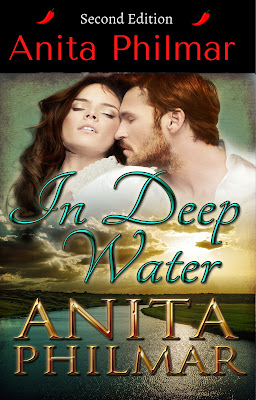 Sinking lower into the murky depths, Marcus realized her panicked grip had loosened before a muffled scream rang above him and a foot connected with his chest. Seconds later, air exploded from his lungs. Darting away from her, he scurried to the surface and was met with a roaring whirl.

Gulping in both air and water, his lungs rejected the mixture, causing a stream of coughs to inhibit his progress of saving the drowning damsel.

Spinning, he caught sight of a floating white circle before waves crashed around him.

“Grab hold, and we’ll pull you up.” A voice boomed from the steamboat.

Instantly glancing around, he noticed the woman struggling to reach the device. Swimming over to her, he shoved her closer to the floating ring before grabbing hold and draping an arm around her waist. “Just hold on, and they’ll lift us up.”

Eyes growing wider, she stared up at the boat’s railing. “But...”

After being drug for a short distance, the ring lifted onto its side. Tightening his grip on the woman, he repositioned her into its center. “If you put your head through here, you can wrap your arms over the sides, and it’ll help keep you steady.”

Seconds after following his instructions, the device rose between them. Immediately grabbing ahold of the rope, he wrapped his arms around her and the ring. Then the upward movement tugged them from the water. His feet dangled in the river for a moment before they swung on the end of the line. The rope jerking them upward, slammed him into the side of the steamboat. Pain radiated along his right side, prompting his grip to tighten.

“Oh, God, what if they drop us?” Her whispered words rang with fear before she buried her face onto his upper torso. “Thanks for at least trying to save me.”

Plastered against him, her silky skin caressed his stomach while her alluring warmth penetrated the fabric of his pants, diverting the pain in his back and created a fire in his blood that eased the frigid chill of the tributary.

Hearing the voices of the people lining the steamboat’s railing, he glanced up at the concerned expressions above. With his frame hiding the naked woman in his arms, he couldn’t help but wonder what the curious passengers would say when they finally arrived on board in their current state of undress. 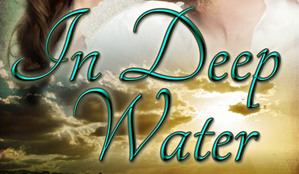 Hot? Yes, Texas summers sizzle. Lured by the brilliant idea of dipping naked into the Trinity River, Carolyn Evans wades into the water and is captured by the swift moving current, putting her life in danger.

Help! The cry sends Marcus Goodman, who’s on his way with a friend to the Gulf of Mexico to join the confederate army into the river to save the naked lady. The only problem is a passing steamboat has the same mission, placing him in a ticklish situation when they’re pulled aboard, and she claims they are married.

Tempted by the adventurous opportunity and enthralled with the sexy woman, he holds her to the claim of matrimony. Will this end with a happy-ever-after union or a soul-crushing heartache?

Available now at the introduction price of $1.99