Sometimes you aren't exactly sure how to ask for what you need. 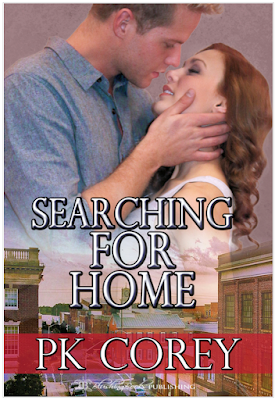 
"All right, fine. You're not hormonal. But you won't tell me what's bothering you. All you're willing to do is yell at me and tell me to go to hell. So, I say there's a serious attitude adjustment needed."
Allie glared at him defiantly, but her inner thoughts didn't match her outward appearance. Finally, she thought to herself. She didn't feel she could ask for a spanking, but she needed one so badly. Allie had never been a fan of discipline or punishment spankings. The vast majority of the spankings Ryan gave her were simply for fun, maybe a little sexy foreplay, but very rarely for serious reasons.
Over time, however, she realized that a serious spanking was sometimes needed. They were rare, but they were also, strangely enough, comforting. She needed to know that Ryan was there for her, as steady as a rock. She needed to struggle against him, she needed Ryan to win the struggle and spank her hard. She even craved the pain. The pain would push everything else aside, at least for a short time. She needed the ultimate surrender, the release, the tears, the aftercare, the reconnection—she needed it all. And from the look in Ryan's eyes, she was definitely about to get it.
When he pulled her firmly by the hand into the bedroom, Allie felt obliged to protest, muttering that she'd done nothing wrong and that Ryan had no reason to spank her. Ignoring her, he reached into the drawer of the nightstand and pulled out the antique black hairbrush that was only used for serious spankings and tossed it onto the bed. Allie stared at it with a mixture of dread and relief. This wasn't going to be a 'play' spanking.

Jenny is happily married to her strong, gorgeous sheriff. She has great friends and a good job. But life is never perfect is it? Within a short time, she and Cal have to move from the home they rent, need to move in with his parents and receive life-changing news from her mother’s lawyer. Jenny’s friend and boss, Allie, has her share of problems too – money woes, grabby clients and burglaries near her work.


When they try to keep their worries from their protective husbands, they find out what it means to have an alpha man to deal with. After the girls are attacked at work, things seem to go from bad to worse. Taking on adult responsibilities is never easy as they’re finding out the hard way. Good thing they have their older friends, Cassie, Sue, Annie and Lily to fall back on.

Publisher's Note: This sweet and steamy romance is the fourth in the Cal's Law series. It contains elements of power exchange.

After spending thirty-six years in two careers I liked just fine, I’ve finally found my dream career as a writer. I’ve been happily married for thirty-six-years and my sweet husband has gotten used to the unique experience of living with a writer. He is very encouraging and an excellent editor when he’s pressed into service.

I’ve been intrigued by spanking stories since before I first saw Ricky spank Lucy. Stories of this nature were hard to come by before the Internet and the ones I found were a little harsh on discipline and very much lacking in love. So, I made up my own stories and enjoyed these in my head for years. I finally began writing them down. Although the lovely women in my stories are spanked often, the love between them and their men takes top priority.

My Cassie’s Space series shows a mature couple who are deeply in love. Despite loving Cassie’s free-spirited ways, Tom is determined to keep her safe, even if it takes a trip over his knee. And with her friend Sue by her side and all they get into, a trip over his knee is very likely. My Cal’s Law series, is about a younger couple. Though they come from very different backgrounds, love and discipline draw them together.

I love my husband, my kids, my cats, reading, writing and hearing from my readers. You can contact me at pk.corey@yahoo.com