In Book Four of BJ Wane's Miami Masters series, Miles vowed to protect Hope, but will the secrets of their pasts jeopardize both their future and her safety? 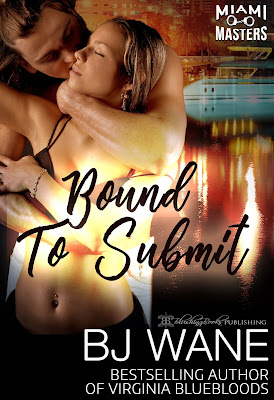 
Hope had been comfortable tucked away against the wall and obscured by the dim lighting but moving up close to the different stations reminded her of how excited she’d been when her and her friends toured the club in Atlanta.  It had been the first time in her adult life when sex had appealed to her, and when that Dom had given her a taste of what she’d been witnessing, and she’d responded to the pain and exposure more than she ever had to intercourse with her fiancé, she’d discovered she wasn’t the cold fish Craig often complained she was.  Maybe if he had screwed her in something other than the missionary position and added a little foreplay into the mix, she would have fared better.
Just as before, Hope’s blood heated when Miles halted in front of a spanking bench and they were facing the red buttocks of the woman strapped face down on the apparatus.  Her response was so quick, so fiery hot she squeezed her thighs together to contain the rush of juices gathering at her entrance and leaned against Miles’ arm without conscious thought until he spoke above her.
“Tell me what you’re thinking.”  His low, demanding tone brought out goosebumps along her arms and urged her to answer.
Embarrassed, she shook her head and tried to shift away from him but should’ve known better.  She knew enough about Doms to know they expected an honest answer to posed questions.
“Hope.”  Miles tightened his hand on her elbow and gave her arm a small shake.
Hope didn’t look up at him when she said, “I’m wondering why the pain doesn’t turn her off.”  Or me either.
“It’s easier if you accept some people get off on it, and some don’t, without trying to explain it or find a good reason for it.  If it works for you, go with it, if it doesn’t, try something else.”
“You make it sound easy.”  Doubt colored her tone.
He raised her face with two fingers under her chin.  “It can be, with the right person.”  Dipping his thumb inside her lower lip, he pulled it down, his black gaze focused on her face as he skimmed over the soft, wet tissues.
Hope imagined him doing the same thing to the sensitive nerve endings lining her pussy and a curl of want unfurled between her legs.  She swallowed hard before taking a step back.  Miles released her lip and took hold of her elbow again, steering her down the row until they came to a woman gyrating on a dildo attached in the center of a mechanical vault.  The brunette’s soft mewls and tight grip on the pommel revealed her distress as the Dom standing at her side flicked a short leather strap on one, bright crimson nipple; the glistening dampness left on the condom-covered phallus each time she rose up proved she enjoyed his painful ministrations.
“You’re blushing but imagine how that would feel vibrating inside you as you bounced on it, maybe with someone slapping your ass as you ride it.”  Miles’ gaze swept down to her chest and she didn’t have to follow his eyes to know he saw the rigid outline of her painfully erect nipples through her bra and top.  “Are you sure you’ve never submitted before?”

Unable to continue keeping each other at arm’s length, Miles and Hope agree to a short-term affair where he’ll introduce her to the lifestyle she craved until she got her interest out of her system.  But an unknown person is determined that Hope not find the happiness that has eluded her for so long and both Miles and her may have waited too long to come clean with each other about their pasts. 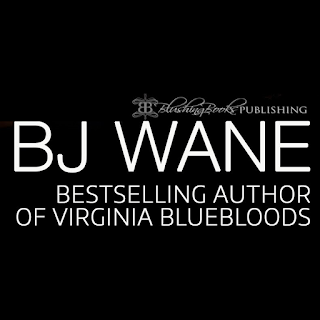