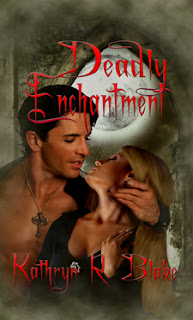 In this snippet, which occurs near the end of the first Chapter, Dominic Westcroft has returned from London to discover his sister has invited several young women to his home, so he can select a new bride.  Except, Dominic has no intention of ever marrying again.  However, when he suspects one of their guests possesses magical abilities she's trying to keep hidden, he decides to have the ladies join him for dinner, so he can rout her out.  Once his guests are all seated, their napkins and silverware begin to act up and the soup tureen walks around the table serving itself.  Finally, things settle down enough that everyone is able to eat, though a few are almost too nervous to sample the soup. The lady on Westcroft's right, however, appears eager for his attention, so he decides to start with her by asking if she had any magical talents of her own she'd like to share.

Katherine actually blushed.  “None that could equal yours, sir, though they do say I have an uncanny way of reading others’ thoughts.”
“Really?”  His interest appeared to fade slightly as if he knew the woman spoke falsely in the hopes of capturing his interest.  He leaned back in his chair.  “Can you tell me what I am thinking now, my dear?” he inquired evenly.
Serena didn’t find that too difficult.  He believed Katherine Shaw to be a liar and a flirt.
A small furrow appeared on Katherine’s brow as she regarded him closely.  “I would say that you are wondering what other talents I might possess, sir,” she offered suggestively.
It took all of Serena’s control to keep from choking on her soup at the woman’s delusions of her allure.
When Westcroft’s piercing gaze suddenly shifted to her, Serena quickly bent her head and coughed delicately into her napkin to cover her slip.

Dominic Westcroft is determined to flush out their deceptive guest and expose her for the deceitful liar he takes her to be. 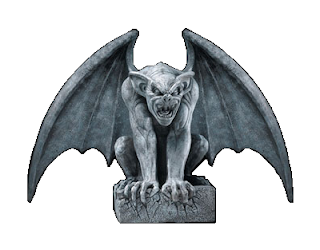