Her only hope of rescue is to be kidnapped. 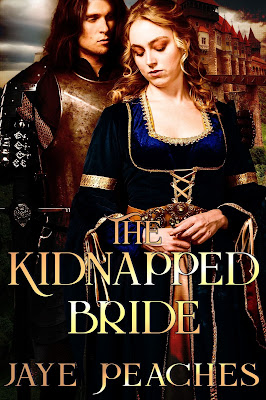 Excerpt:
“Across my knee, Juliet,” he said sternly. “You will not defy me, nor question my authority again.”
It was a game, of that she was sure. For the authority wasn’t his but invested in her husband’s. Stefan had for this brief moment in time supplanted the duke and for its duration, she cared little for the truth of ownership.
“I will be a good girl,” she said meekly, and lowered her pliable hips across his lap.
“Ah, you will regret offering me this.” He placed a firm hand on the tip of her tailbone. There it rested, while his other hand traced the marks of the switch.
The cool breeze swirled around her legs. She shivered. He cupped one of her bottom cheeks and squeezed it hard. She winced.
“I don’t want to hurt you, Juliet,” he said softly, loosening the harshness in his voice. “But I need you to feel this. I have to know, so I can judge you.”
Judge her? For what purpose? She should enquire, but not now. For now, he could do as he pleased. “I will be brave for you, sir.”
“Good girl.”
She screwed her eyes shut and clung to the rock with both hands. Her feet kicked the air, impatient for him to begin. She would writhe and squirm, kick and holler, just loud enough for him to know, but not too noisy for fear it might summon his men. 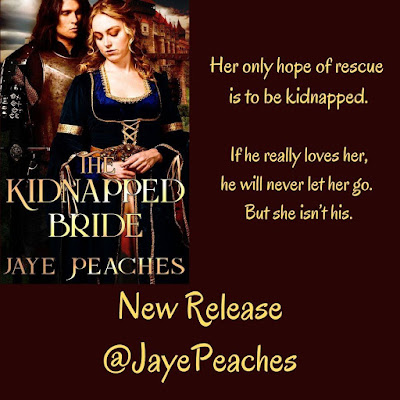 Though Lady Juliet Lomarda has been promised as a wife to the Duke of Barranto, the marriage has not yet been consummated and the task of escorting the bride to her future husband has been assigned to Captain Stefan Ilian. The trip will be perilous, however, and in order to avoid drawing attention to themselves Stefan will take on the role of her husband during the journey.

Juliet is given no say in the matter, and when she protests the arrangement Stefan makes it clear that defiance will earn her a humiliating switching right then and there. It isn’t long before Juliet finds herself over her stern, infuriatingly sexy protector’s knee for a sound spanking on her bare bottom, but to her surprise the painful, embarrassing chastisement leaves her shamefully aroused.

Stefan’s sense of duty keeps him from ravaging Juliet in the way she desires, but the discovery that the duke already has plans to take mistresses changes his mind. Determined to claim Juliet as his, Stefan puts in motion a plan to have her kidnapped so he can then rescue her, bring her to his castle, and keep her there in secret until her marriage has been annulled. But is she prepared to spend the coming months serving him like a common wench both in public and in his bed?