Today, Renee Rose is taking a seat on the couch as her kinkier persona, Darling Adams, to share a tidbit from her newest BDSM/erotic Paranormal story "Loose Morals," where vampires make sure mortals understand exactly who is in charge. 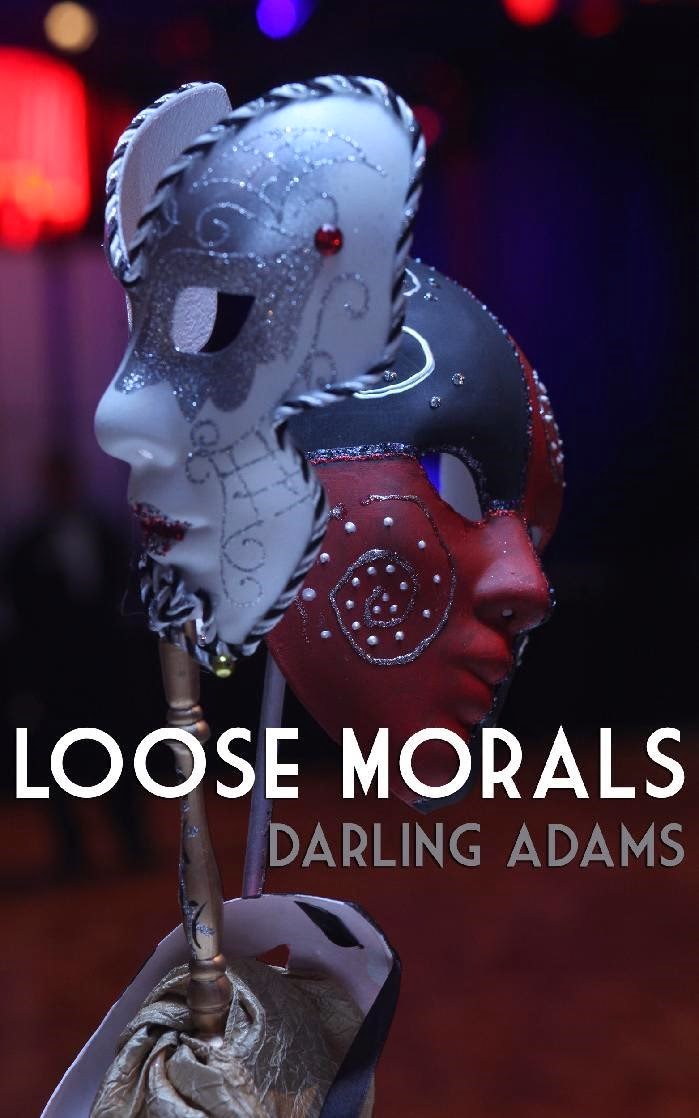 He flashed into her bedroom, materializing on the edge of her bed in a casual, observer’s pose, one leg crossed over the opposite knee. He would watch her undress, just to remind her who was in charge.
Sasha had her back to him, her shirt off, revealing the ropy muscles of her slender back. She unbuttoned her pants and shucked them, tossing them in the hamper. She had simple gray cotton panties on, but they couldn’t look more erotic to him, clinging to her muscular ass, showing enough cheek to thicken his cock.
She turned and shrieked when she saw him, clutching her pajama top to her chest. “W-what are you doing here?”
He gave a lazy shrug. “Watching the show.” He expected fury. He craved it, really.
Instead she stood stock still, and rubbed her lips together, her breastbone lifting and lowering at a rapid pace. Oh Lord. She was turned on. “Get out,” she said, but her voice held no conviction. She might have said, “Take me to bed.”
“You don’t need to put that on,” he said, indicating the pajama top. “I don’t mind sleeping with you that way.”
“You...” she spat. “You aren’t sleeping with me.” She blinked at him. “I don’t want you in here,” she said petulantly.
“Your scent tells me differently.”
She snapped her eyes to his. “What?”
“Admit it, Sasha. Your naughty parts are tingling right now.”
A flush spread across her cheeks and down her neck. “What do you want from me?” she demanded.
“Come here,” he said softly, holding his breath. Her feet began to move and he celebrated the tiny victory. When she drew close enough, he snatched her top from her hands, dropping it on the floor.
She jerked in surprise and covered her breasts with her forearms.
He gripped her wrists and pulled her arms away from her chest, pinning them down by her sides. “You have a lovely pair of breasts,” he said, his fangs lengthening.
He smelled the fresh bloom of her arousal and wondered if it came from his words, the physical restraint or the sight of his fangs growing long for her.
“Please,” she managed to say, her voice cracking.
He lifted his eyes from his study of her breasts to her face.
“Please, Charlie…”
He tugged her closer. “Please what?”
“Please don’t do this,” she pleaded. “Please let me go.”
“I like it when you beg,” he said softly.
The scent of desire grew stronger. “Please.”
He released her wrists and yanked her panties to her knees. “Go stand in the corner with your hands clasped above your head.”
Her thighs twitched together, and he watched in fascination as a droplet of moisture trickled onto her thigh.
He brought his hand across her ass with a sharp slap, making her jump. “Now, Sasha,” he ordered. He had no idea if she would obey. If she did, it would be out of desire, rather than fear.
When she shuffled to the corner, with her panties around her knees and stood there, interlacing her fingers over her head, his cock throbbed. She wanted him. Or rather, she wanted this.
He made an approving rumble in his throat. He traced behind her and ran his palm over her ass. Then he smacked her hard on one cheek.
“Ow!”
He slapped the other cheek. She shivered, her breath short.
“You like being spanked by me,” he observed.
She dropped her arms and tried to whirl around, but he caught her wrists and pinned them against the wall with one hand.
He delivered another stinging slap to each cheek, then began to pick up tempo, until she danced under the steady barrage of slaps raining down. He sensed her willingness to endure the pain waning and he stopped, rubbing her heated flesh. “You look good in pink,” he said.
“Why,” she panted, “why do you do this?”
He softened his touch, making it more like a caress now, soothing the sting away. “To teach you to obey.” She stiffened, but he pressed his body against hers and murmured in her ear. “You surrendered to me. Why?”
“You made me,” she said through clenched teeth.
“No, Sasha,” he breathed in her ear. “I think you were curious. You want to know what happens next, don’t you?” When she didn’t answer, he repeated the question, with a sharper tone. “Don’t you?”
She still didn’t answer.
He slapped her ass.
“Yes,” she gasped.
Her admission flooded his chest with the warmth of success. He caressed her backside, his fingers trailing up her inner thighs. She stiffened in shock when they brushed her swollen sex. She clamped her legs together as if to keep him out.
“Come, Sasha. You and I both know you aren’t serious about that.” 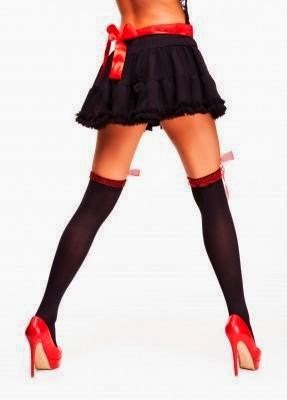 When Sasha Deschamps unwittingly attracts the attention of a strange man on her late night walk home from work, she winds up with a supernatural guest she can’t get rid of. The dominant immortal demands her complete submission and cooperation, refusing to free her until she has performed an act of magick, one which she does not know how to even begin.

Charlie sees the power in Sasha and believes she has the ability to undo the curse placed on him by a jealous lover over one hundred years before. He also loves toying with the feisty witchling, doling out humiliating punishments while arousing a lust in her that leaves them both hungry for satisfaction.

Emotionally detached to the point of amorality, his motto has been “friendly with many, close to none”, but he finds himself falling for Sasha, believing he might be able to trust a woman again. When he discovers she is actually the reincarnated witch who cursed him, though, his world turns on end. Can he believe she has returned to his life to heal the rift between them? Or will he walk away from her again, as he did so many years ago?

She also writes spanking romance under the name Renee Rose.
Connect with the author online: