Welcome to Winter Spanks and A Writer's Naughty Thoughts, which seem to fit nicely together. We've got lots of great prizes to offer, in case you didn't know.  You can find them all listed at Saturday Spankings, or Spanking Romance Reviews.

Today, I'm offering readers a treat.  I've written a partial short story based on my characters from A Dom's Dilemma, which I'm calling "A Dom's Christmas " It actually occurs in January, after New Years, but the theme centers around Christmas decorations and their proper removal, and the title sort of has a nice ring to it, I think.

This short story is a belated holiday gift to my readers.  A Christmas present all its own with, of course, some spanking.  I'll give a brief set-up later.  For now I want to talk about the prize I'm offering for this hop and what you as a reader need to do to enter.

For my prize, I'm offering a reader's choice of one of my eBooks available at Blushing Books. If you want more information....

Click a title below to read an excerpt or purchase.
Arrested by Love
A Dom's Dilemma
Acting Lessons


Now, how to enter to win on my blog.
1. Leave a comment below telling me if you like to be spanked and why or why not.
2. Make sure you also leave your e-mail address, or I will have no way to contact you if you win.

And now for "A Dom's Christmas."  (You do not need to read this story to enter the hop, it's a gift.)

Jim Evans and Kelly (Kellian Sarah Franklin) met in June and were married in October.  They just spent their first Christmas together while sharing time with some close friends, and now it's time to return to the "real world." 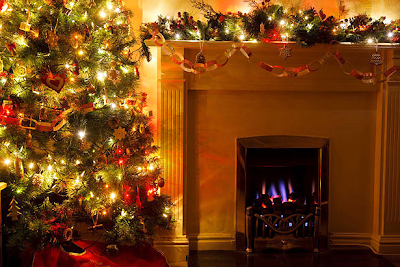 Kelly marveled at how small crystal flakes turned their backyard into a winter wonderland.  She loved the way snow fell in lacy waves of white and pressed her forehead against the icy windowpane. Christmas was over, and the New Year had arrived with fireworks and church bells tolling the hour of midnight.  She always felt a little let down after the holidays.  Lonely.  Jim returned to the station this morning after a week off.  Though she'd loved having him with her those few days, Kelly knew how important police work was to him, so she did her best not to cling like a homesick child when he got dressed to leave.
He'd given her a deep kiss with the promise of later, then telling her he should be home by six, he left the house around 8 AM.  She expected him to walk through the door at any moment when the phone rang.
"Sorry, darlin', but looks like I won't get back until late.  Don't wait up.  You need your rest."
She reflexively patted her gently rounded tummy, which had been noticeably growing since September. "I want to wait up for you," she insisted, certain as the words slipped past her lips she'd be out-voted.
"No.  And that's your Dom talkin', not your husband.  Disobey me, and there will be consequences, my lovely."
Her mouth curved in a half-smile.  Since the doctor advised them she was pregnant, Jim had been doubly protective of her. He wanted a boatload of kids, and wasn't about to take any chances with her health or well-being, especially when she carried one of his offspring.  The few spankings he'd administered since then had been painful, but brief. Just firm enough to make his point.  And their more playful, kinkier games had been sorely curtailed.
In some ways, he treated her like a fragile, little girl he expected to obey him without question. Even their lovemaking had taken on a vanilla flavor.  Kelly wanted more, but didn't know how to tell her dominant lover he was being too gentle with her. She liked slow and easy all right, except sometimes she longed for hard and fast.  However, whenever she'd attempted to communicate her desire, he'd pulled back, assumed a more aggressive, inflexible position and reminded her they had another to think of now.  True, but how about her needs?  They hadn't vanished the second she'd conceived.
"What sort of consequences?" she asked, lowering her voice to a silky purr.
He paused for a moment, then growled, "Painful ones."  The promise was delivered in a deeper register, which created a flutter in Kelly's lower region. "You haven't been sleeping well, so I want you in bed early tonight.  What're you plannin' for dinner?"
Jim normally did the cooking for them, and Kelly didn't like eating alone, so she shrugged.  Realizing he wouldn't appreciate the gesture if he'd seen it, she added, "I don't have much of an appetite tonight, so maybe some tea and toast."
"Tea and toast's not dinner, Kelly.  It's a snack.  We've got leftover chicken in the fridge.  Make yourself a sandwich at least."
"Okay."
"After you've eaten, you may watch TV or listen to music, but I want you in bed.  Lights out no later than nine, young lady.  Hear me?"
"Yes, Sir," she replied quietly.  Despite the small thrill his dominant stance aroused within her, his absence left an aching void.  And sometimes listening and obeying were two different things.
"That's the response I wanted to hear.  I gotta go.  You sure you're all right, darlin'?  You're soundin' a bit off."
"I'm fine.  I just miss you."
"Miss you, too.  Now, fix yourself a sandwich, and get into bed.  That's an order."
"Yes, Sir," she murmured with a smile.  He worried about her, but she was too restless to lie down.  She needed to do something.  Something productive.  Something Jim would appreciate after he gave it some thought, even if he didn't see the benefit short term.
"Good girl.  Night."
"Night," Kelly repeated.  As she hung up the phone, she looked around her.  Their Christmas tree decorations sparkled back at her with merry insouciance.  She could make a start by putting them away.  She was dressed for it at least.  The pink sweats she wore were hardly sexy, but her expanding waistline needed more room than her regular clothes provided.
She sized up the task in her mind.  As pretty as they were, no seasonal decorations should stay out all year, and Jim would be busy for a while.  Six o'clock.  He didn't say she couldn't do other things before she went to bed.  Besides, as long as she was lying down when he got home; he wouldn't know the difference.  It's not like he had her monitored.  Uneasy with the thought, Kelly glanced about the room.  The man was a detective, so installing a hidden camera would be child's play for him, but such tactics reflected a lack of trust, and Jim trusted her.  Finally.  She'd almost lost that fragile bond with him when she'd lied a few months back, so she promised she'd always tell him the truth, even if the admission got her in trouble.  That meant she wouldn't lie, but she didn't intend to volunteer the information, either.  With a final glance at the wintry scene outside, she twisted her long blond hair into a braid and strode into the kitchen to fix her chicken sandwich.

The meal helped restore her energy and gave her focus.  Hands on her hips, she stared at their twinkling tree.  Christmas had been a magical time, but after the stroke of midnight even Cinderella had to return to sweeping the fireplace.  Unfortunately, Jim kept the storage boxes in the attic, which only had a small pull ladder as an access.  He'd refused to let her climb it when they were setting up the tree, telling her the flimsy rails weren't stable enough, and yet the wooden construction accepted his two-hundred pound, muscled frame without a creak or a groan.  Good lord.  She was pregnant, not feeble.
Marching into the kitchen to fetch their step stool, she placed the plastic steps under the spring-hinged hatch, climbed up and grabbed the cord Jim had tucked away to keep it out of reach and temptation, and gave the rope-like string a yank.  The force of the door coming down almost knocked her off the small stepladder.  Carefully maneuvering the tricky contraption, Kelly stepped off the stool, and bent forward to move it out of the way, when the ladder leading into the attic slipped down its track and clipped her on the head, knocking her flat.
Kelly lay sprawled on the floor as stars floated in an out of her vision.  She wasn't badly hurt, but suspected she'd have a sizeable lump to show for her efforts.  That's when the unmistakable jiggling of the front door lock being opened reached her ears.  Shit.

Now, leave a comment, then go visit the other great blogs participating in this hop.