Camille has returned to her hometown to make a life with the only man she ever loved. Is it too much to ask? Someone thought so. 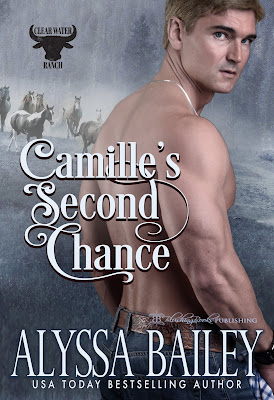 
“What have I always said about keeping the truth from me?”
“I’m not. Honest.” She leaned into his t-shirt covered chest. He couldn’t really know.
“Is that your last answer, baby girl?”
“Yes, because it’s the truth.”
Her heart was beating faster, she knew it, and her head was beginning to pound as it always did when she lied to him. She wasn’t lying, she told herself, it really wasn’t anything. Normal stuff. Nothing out of the ordinary.
“I’m glad you have decided to be naughty, baby, because I’ve wanted to heat this bottom up for several weeks. From the first night you appeared at Piper and Jackson’s house, actually.” Camille attempted to step back but only her feet moved. Sawyer had her held tight to him. “Let’s get you into position.”
“No, you can’t possibly believe that I’ll allow you to spank me like you used to, Sawyer. I’m an adult. I have children.”
“No? Are you telling your daddy, no?”
Camille heard the demanding words and her core clenched, her belly flexed, her mouth went dry. “Yes. I am telling you no way.” Her voice sounded like sandpaper.
“I’ve missed your sass, honey.”
Picking her up and sitting on the edge of the bed, he had her over his knee way too fast. He took some time to brush her hair out of the way and rub circles on her back before he moved down to pat her bare bottom. Camille could feel the chill raise bumps on her skin and the shiver that came with it uncontrolled.
“We have some things to discuss, sweetheart. This is as good a place to do as any.”
“Sawyer,” she rasped, “the children.”
“Are asleep, did I not tell you that? The walls and doors are heavy. And before you bring up Walker or Belinda, they won’t be back for a while. And even if they were, Belinda’s bedroom is off the kitchen and Walker has moved downstairs so he doesn’t wake the kids up when he gets in the shower at five in the morning.”
“Sawyer, please,” Camille begged him to change his mind although her contrary body was aching for him to continue.
“As I was saying, we’re going to talk about a few things. The first is when you found out you were pregnant why didn’t you call me?”
“I told you I didn’t think he was yours. I thought since we hadn’t had sex in two months, it was likely to be Aiden’s. Besides, my parents wanted me to leave town before anyone could figure it out. And I thought you wouldn’t want me.” His hand landed on her bottom, sizzling it good. “Please, Sawyer, that hurts.”
“Then I haven’t lost my touch.” 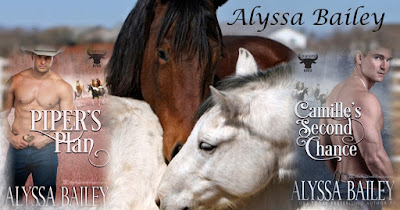 “We’re going to the ranch. This Daddy is taking care of all his little ones.”

Before she was twenty-one, Camille Hendrix had been lied to, cheated on, assaulted twice, forced into a loveless marriage, divorced, and left to fend for herself with one baby and another on the way. She had also been loved by a man she left without a word of explanation and missed every day of her life. Now, with a nursing degree and two preschoolers she was determined to return to her hometown and make a life, if possible, with the only man she ever loved. But was it too much to ask? Someone in town thought so.

Sawyer Knight was the most sought-after playboy in three counties and probably more. Everyone knew the woman he loved had suddenly left town without a word. Since then, Sawyer could be seen most weekends at the Whet Whistle, kicking up dust, getting toasted, and going home with a different woman. No woman was permanent in his life and Sawyer made that known loud and clear, until Cami came back to town. She was divorced, a mother, and life weary but when he laid eyes on her in his brother’s house, she was still the most beautiful, feisty woman he’d ever seen. Maybe more than ever because her strength of character shone through the battle scars and his heart immediately yearned for her. If he claimed her this time, he wouldn’t let her go without a fight. It seemed the first opponent had already entered the ring.

This is book two in the Clearwater Ranch series but can be enjoyed as a standalone.

Publisher’s Note: This contemporary western romance is intended for adults only. It contains elements of mystery, suspense, sensual scenes and power exchange. If any of these offend you, please do not purchase.

Alyssa Bailey is a USA Today and International best-selling author. She loves writing realistic romance for the naughty in all of us. Power exchange adventures between strong, intelligent, sassy women who aren’t afraid to make a stand and men confident enough to give his woman space, but Alpha enough to keep her safe despite her choices is a common theme.

Family and community is important to Alyssa and it’s one reason she loves series. She is expanding her horizons and comfort zone with every new book; that’s exciting. Sometimes, suspense and mystery stirs the plot, other times, it’s crazy day to day angst and danger. Whatever goes on before, there’s always a happily ever after ending.

You can find Alyssa online: 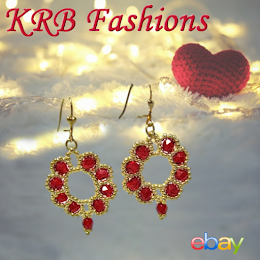