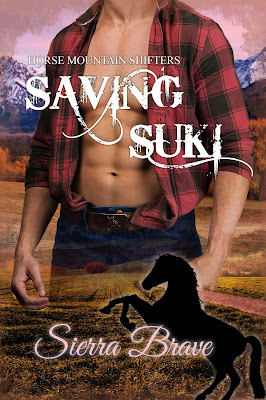 Malcolm looked through the glass of the refrigerated pie case at the old McGillacutty Dinner as he perused the offerings. He wasn’t about to show up to Mama Carol’s completely empty-handed. A bright yellow flyer attached to the outside of the dessert case with scotch tape caught his eye. He studied the image of the missing girl printed above the lettering spelling out her name, age, and where she’d last been seen along with a phone number and offer of a reward. She was nineteen, blond and had a nice smile, but since he didn’t recognize her and couldn’t be of help, he turned his attention back toward the pies.
After deciding on the chocolate chess, he paid and headed out. He held the box with his desert under his left arm as he wrapped the fingers of his free hand around the glass door’s handle. As soon as he pulled back enough to let in the slightest breeze, the sweet all-consuming aroma from earlier hit him like a ton of bricks. Almost immediately, his heart thumped so hard his chest ached. His mind blanked, his cock twitched and his senses nosedived down into some dark, primal place he hadn’t realized existed. He might have involuntarily shifted right then and there if he hadn’t nearly knocked right into the curvy, brunette beauty who’d spoken with him at the funeral.
Her dark eyes widened and her eyebrows lifted as she gasped and reached out, saving his dessert by a narrow margin. Her hand briefly brushed against his fingers as she steadied the box. Perspiration misted his forehead and the back of his neck as he regained control of his mental faculties.
“Sorry. Are you okay?” He managed to force the words up from his suddenly dry throat.
Shakily, she looked up at him through long, dark eyelashes and nodded. “Uh-huh.”
For what seemed like an eternity, the two of them stood staring at one another until an old lady with a tight, gray perm came up behind Malcolm and demanded, “Move it, sonny.”
He stepped out of the way, holding the door for the elder woman as she shuffled out holding hands with a short, old guy wearing a flapjack hat. Malcolm couldn’t help but smile. He’d always imagined there were couples who’d found each other and stayed in love for all their lives even though none of his relationships seemed to last longer than a month or two. In the last few years, he’d only dated humans which didn’t allow for complete openness or a deeper intimacy.
Malcolm watched as the man walked his lady over to a white Toyota Avalon and opened the passenger side door for her. As he glanced at the brunette, she tore her gaze away from the same couple and his line of vision synced with hers. For some reason, as if they’d somehow understood they’d been sharing the same thought, a warm blush covered her cheeks. Malcolm looked away as his face burned. 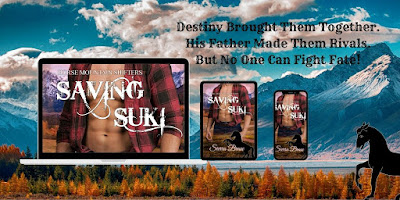 An abusive childhood and an accident in his teens left stallion-shifter, Malcolm Patterson, with a distrust for his father and a lot of holes in his memory. When his dad passes away, Malcolm returns to Horse Mountain to fulfill his obligation to settle his old man’s affairs but finds the shifter community’s near hero-worship of the late doctor disquieting. He’s further shaken to meet a curvy beauty at the funeral who makes his heart gallop and his primal instincts take over.

Suki Marks has been in love with handsome and noble Malcolm Patterson ever since he saved her from bullies who called her an abomination when she was ten. He was the first person to be straight with her about the reasons some people shunned her family and he was quick to debunk those prejudices as the ignorant folktales and stupid superstitions they were. Even after Malcolm graduated high school and left town, she couldn’t forget him, but becoming Doctor Patterson’s live-in nurse in his last year of life was a coincidence. She never expected to be named in the wealthy physician’s will.

Malcolm assumed he’d be disinherited, but even from the after-life, his father continues to turn the knife, using his will to set up an elaborate scheme to taint Malcolm's feelings for the woman who might be his fated mate. To make matters worse, a dangerous shifter-purist movement is brewing among a small segment of the Horse Mountain Clan, and they’re determined to prevent Suki from passing on her genes to a new generation. Will Malcolm be able to work through his past in time to secure his and Suki’s future?

Warning: Saving Suki is a smoking hot romance with graphic, put-you-in-the-moment love scenes. If you're offended by sexual language, you might want to consider another book. The book can stand alone without reading the others in the series, but reading Horse Mountain Shifters 1-3, will add to the enjoyment of the experience.

Want free Romance?
Sign-up for Sierra’s newsletter. Never miss a new release, sale or freebie, and she’ll send you a copy of Fevered Dream for FREE! Click here to claim your free book