He caught her speeding in a school zone and decided she needed to learn even civil disobedience could have very painful consequences.
Reading this material at Work could get you spanked.
Welcome to the Saturday Spankings blog hop.  My stories are all M/f with the dominant male determined to protect the woman he cares for and loves, or grows to love, by doing whatever it takes to ensure her safety and continued health.  This includes administering a spanking when necessary.
My submission for this week is from my first spanking novel, Arrested by Love, published by Blushing Books. 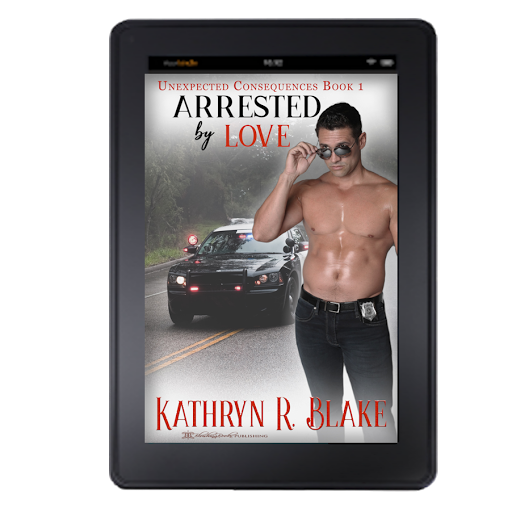 In Chapter Four, Kyle Sinclair, a traffic patrol officer, has just proposed to the girl he's secretly loved, but avoided for years. He knows Tiffany Morgan has been infatuated with him since she was a little girl, but she came from a much higher social strata than his public school/middle class upbringing associated with. However, what the heart wants isn't always in line with what society deems appropriate.
Having finally overcome his doubts, Kyle gets down on one knee and presents Tiffany with a ring only to have her dissolve into tears before him. Confused, he starts to question her only to discover she'd lied for the past month about staying within the budget he'd set for her. Relieved her dismay wasn't the result of a more serious issue, but angry she'd thought lying to him was a more acceptable course than admitting failure, he gives her a choice. She can either accompany him quietly without fuss or whining, or they can stop seeing each other for a year.
Tiffany can't believe he'd stop seeing her simply because she'd overspent her budget, but Kyle promptly informs her he's not punishing her for overspending, but for lying and refusing to accept the consequences of her deceit. So, after driving to a secluded spot, he escorts her over to a fallen log where he orders her to remove her skirt and underwear and take her position. Halfway through, Kyle gives Tiffany a break so she can pull herself together.

If he'd been a little more observant, he would have noticed she'd been less than truthful with him from the beginning. And even though she wasn't a particularly good liar, he'd wanted to believe her, so he had.

Next time, and hopefully there wouldn't be a next time, he would pay closer attention to her silent signals so they could avoid this. Although he suspected his little darling was a bit of a minx who was going to continually find herself in this position for one prank or another. For now, however, he was attempting to dissuade her from ever lying to him again.

When she finally fell silent and her breathing came in small little catches, he firmed his hand on her back. "Only five more, Tiff, and we're done. You're being a very good girl, and though I am disappointed you lied to me, I am very proud of the way you've conducted yourself this afternoon."

That made her cry a little harder. Even so, he knew his words would actually help ease her inner pain. "Kyle?" she asked again as her body began to relax under his gentle stroking.

"Yes?" he replied, willing to wait a few moments longer before he started again.

"Do you think you'll ever be able to forgive me?"

"Darling, when this is over you will have already been forgiven. That's exactly what this is about. Once we're done here, nothing more will be said, unless you wish to talk about it."

"Thank you," she answered softly and her sincerity invoked an instinctively protective response within him. Clearing his throat with a cough, he said, "Begin again at twenty, please."

Kyle doesn't like hurting Tiffany, though he knows he has to take her in hand if he's to make any progress in curbing her impulsive behavior. As his wife, she won't have the financial freedom to spend money in the way she's used to doing. He doesn't expect her to be perfect, and fully accepts she will overspend from time to time, but he needs her to understand that it's much better for her to own up to her mistakes than try to hide them beneath lies. 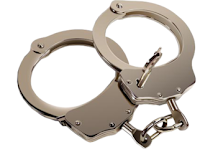 M/F, Sexy spankings in rural Connecticut.
Given that it is the first book in the series, Arrested by Love is FREE on Amazon. To download a copy, click the link below:
https://www.amazon.com/Arrested-Love-Unexpected-Consequences-Book-ebook/dp/B0073LB7Q0
Thanks for visiting.  I hope you enjoyed this brief excerpt and want more. Please click on one of the author's names below, or visit The Saturday Spankings Blog to continue your journey.
Posted by Kathryn R. Blake at 12:00 AM