She was a one-night stand following his rescue, but he couldn't forget her haunted eyes. 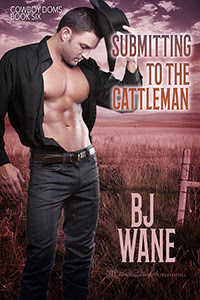 Leslie should have known by now wallowing in self-pity never helped. She took a moment to eye the man at the bar again, this time catching a glimpse of his rugged profile beneath the black Stetson, a straight nose and the sardonic curl of one side of his mouth as a young woman approached him. His reply to whatever come-on she whispered in his ear sent her trouncing off in a huff. Leslie wondered how low her spirits would have to sink before she approached a stranger with a needy proposition. Maybe, if one look stirred her juices the same as eying that man, she wouldn’t mind the rash, desperate act so much. If nothing else, a night indulging in sex with a stranger would alleviate the loneliness for a short time, give her something else to think about.
By the time she downed two more drinks, stood to leave and the room spun around her, she realized she should have paid more attention to her alcohol intake. I can do this as long as I go slow. Since she wasn’t about to call one of her co-workers to drive her the few blocks back home, she forced herself to walk a straight path toward the door. She made it with only one stumble and as she breathed in the warm summer air, her woozy senses calmed a bit.
At least, Leslie thought her head had cleared enough to drive until she teetered through the well-lit parking lot in search of her car and rammed her hip into the bumper of a massive pickup truck. Swearing under her breath, she pushed away and wobbled toward the sidewalk she could follow straight to her apartment door. With her inebriated head bemoaning the return to her lonely apartment she never heard or saw the punk purse snatcher sneak up behind her until he tried pulling her bag from her grasp.
“Hey!” she cried out with a desperate tug to keep hold of her purse. “Leave me alone!” Tears welled as frustration over everything shook her.
The kid, who looked all of sixteen, took umbrage of Leslie daring to fight back and stunned her further with a back-handed swing that landed her on the concrete with a jarring thud and red-hot pain blossoming across her cheek. Reeling from both the dizzying fall and the blow, she had to blink several times and shake her head to make sense of the angry shout and large man now grappling with her assailant. Big men wearing cowboy hats, denim and boots were a dime a dozen in Montana, but no one had ever come to her rescue before. Her aching heart rolled over in appreciation even before he turned concerned eyes on her as the wily teenager broke from his hold, giving up her purse before taking off.
“Fucking kid,” he swore, squatting down in front of her. His rough voice sent tingles of awareness dancing down her spine, the intent look in his dark eyes reminding her of the observant gazes of the Doms at the club. He thumbed his hat back far enough for her to make out his rugged features and the dark shadow of his five o’clock beard in the meager amber glow of the streetlight and realize he was the same man she had ogled in the bar. “You okay, sweetheart?”
“I, yes, I think so.” He helped Leslie up and the street whipped around her in staggering circles. “Whoa,” she gasped, grabbing onto his thick forearm, the muscles rippling under her hands as he wrapped his other arm around her waist.
“This is where too much alcohol will land you. Come on, I’ll drive you home.”
His firm, no-nonsense tone calmed Leslie’s racing heartbeat even if she didn’t care for his lecture any more than she wanted to spend another long night alone. God, it felt good to lean on someone for a change, not to mention the warm rush spreading through her body from his firm hold and take-charge manner. She must be either really drunk or really desperate for relief if a stranger’s kindness was tugging on her neglected needs as a sexual submissive.
“My car’s in the parking lot behind us and I live just a few blocks away.” Whether because of the scare she’d just experienced or from her self-pitying melancholy mood of late, she didn’t want him to walk away yet. If that made her a pathetic mess, she didn’t care and relief swept through her shaken body when he tightened his arm around her waist.
“I can’t let you drive in your condition.” He ran calloused fingertips over her puffy cheek, a light caress she felt clear to her toes. “You need something on this, and learning to duck wouldn’t hurt. I’ll give you two choices. Call a friend to come get you or let me take you home. We can return to the bar and let the bartender know where you’re going and with whom, to ease your mind. I’d say you need to report this, but the odds of finding that kid aren’t likely.”
Leslie didn’t hear much after he offered to see her home. Was it stupid to let a stranger know where she lived? Oh, yeah, but not as dumb as wishing he would stay and exert some of that commanding attitude in a different way. She craved a distraction from her isolated life and the bleak future looming ahead of her, and spending more time with this panty-dampening stranger worked for her.
“I think,” she whispered, swaying closer to that rock-hard body, “I can trust someone who was nice enough to come to my rescue.”

Why does doing the right thing have to be so hard?

Leslie Collins has been asking herself that question ever since her eye-witness testimony in a murder case landed her in the Witness Protection Program far away from everything and everyone she’s ever known. Now, four years later, she struggles with growing despondency over the circumstances that prevent her from forming a relationship. When she allows her loneliness to get the better of her and indulges in a one-night stand, she never dreams her stranger will show up again at the private club she’s stayed away from for a few weeks.

Kurt Wilcox returns home to Montana to help his father recover from a stroke and hopefully mend the rift between them. He doesn’t plan on rescuing a woman from a mugging and ending up succumbing to the loneliness reflected on her face and indulging in a one-night stand. When he meets up with Leslie at his club, he refuses to let her hide her identity or her reasons for inviting a stranger into her home and bed.

Leslie finally caves to his persistence and agrees to an affair that seems promising until she learns her identity has been comprised and an attempt on her life forces out the truth about her past. Will putting her trust in her Dom jeopardize him and his employees when she agrees to his protection, or will Kurt rid her of the threat against her, as he promises, leaving her free to embrace her own HEA?
This is book six in the Cowboy Doms series but can be enjoyed as a standalone. 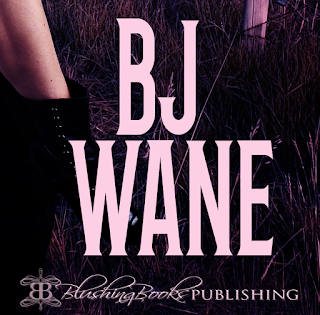 I live in the Midwest with my husband and our dog, a lovable Great Pyrenees/Standard Poodle.  I love dogs, enjoy spending time with my daughter, babysitting dogs and kids, reading and working puzzles.  We have traveled extensively throughout the states, Canada and just once overseas, but I now prefer being a homebody.  I worked for a while writing articles for a local magazine but soon found my interest in writing for myself peaking.  My first book was strictly spanking erotica, but I slowly evolved to writing erotic spanking romance with a touch of suspense.  My favorite genre to read is suspense.